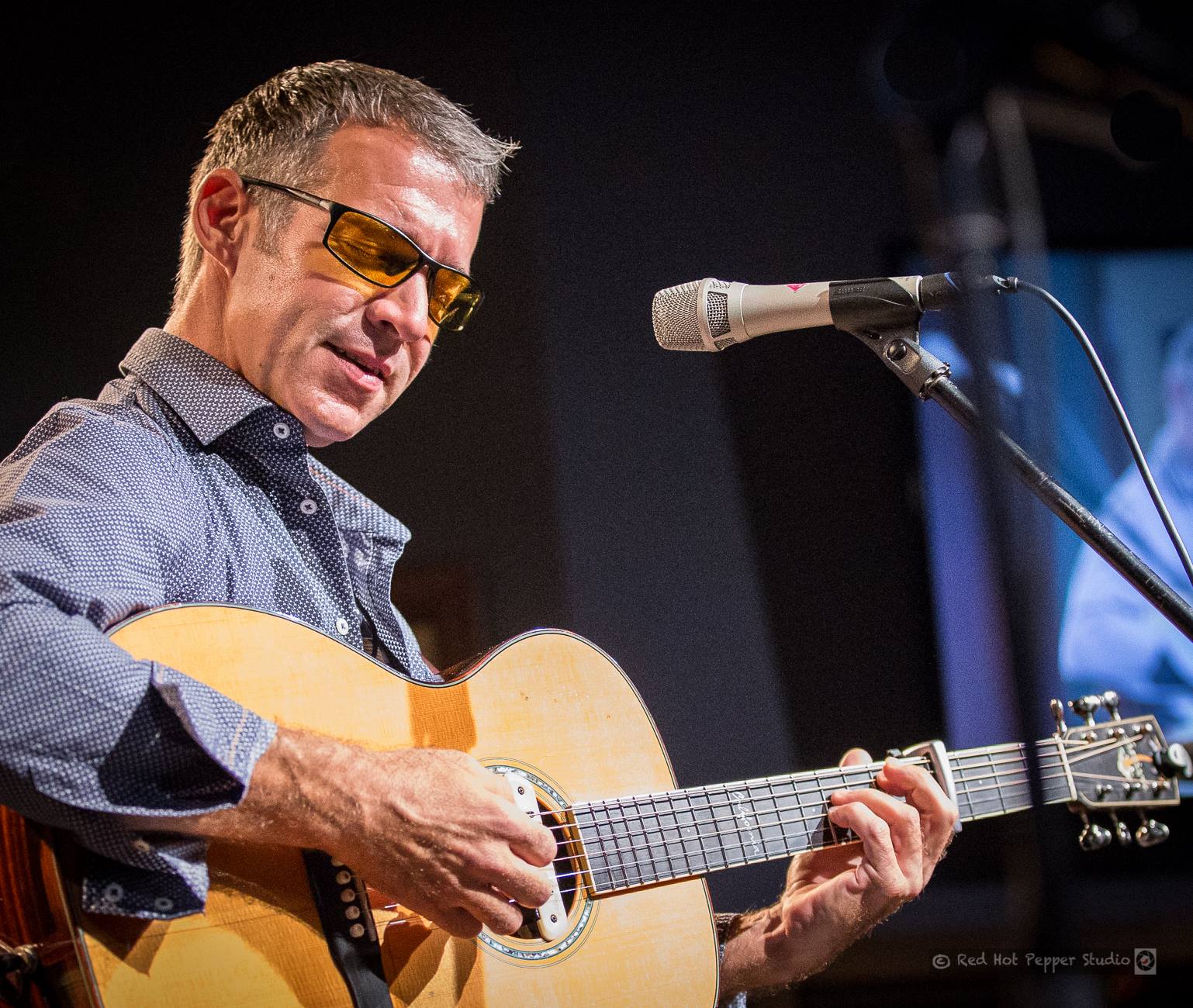 Sam Pacetti is one who brings it all together. A fingerstyle guitar wizard. A deft songwriter, capable of haunting depth and wry humor in the space of one song. A impassioned and ecstatic vocalist, as well as a mesmerizing live performer, seamlessly melding head-spinning guitar pyrotechnics and raw emotion into one breathtaking package. Tradition and innovation neatly balance in Sam Pacetti’s music, the whole infused by a relentless intelligence intent on musical and philosophical synthesis. Martin Simpson, Richard Thompson, Joni Mitchell and Merle Travis are touchstones to Pacetti, and while there are strong elements of the American primitive school of guitar wizardry throughout his work, there is a powerful raw emotionality evident as well – an earthy sensuality more reminiscent of a Greg Brown or a red-dirt blues master than of a musical academian.

Sam Pacetti grew up in North Florida, hardly known as a hotbed of either the folk tradition or musical innovation. At age 13 he found the music of both Chet Atkins and Merle Travis, profound influences on his early musical development. Then fate intervened shortly afterward in the person of Gamble Rogers, the legendary picker and raconteur from St Augustine who took the young Pacetti under his wing. It was a time of astonishing musical and emotional growth. Pacetti and Rogers met and played weekly for a year, until tragically

Rogers died while trying to save a drowning tourist caught in an undertow at Flagler Beach Florida. Though brief in their time together, Rogers was able to instill in Pacetti the importance of the folk process, the passing of music and oral tradition from teacher to student. Pacetti still counts Rogers as his most influential mentor.